Archive for the category “A Tribute to Neil Armstrong”

A TRIBUTE TO NEIL ARMSTRONG

A TRIBUTE TO NEIL ARMSTRONG

Neil Armstrong, the 1st human being to walk on the MOON, died at the age of 82 as a result of complications of coronary heart disease.

*Neil A. Armstrong (1930-2012) was born in Wapakoneta, Ohio & graduated from PURDUE UNIVERSITY in 1955.  He earned his Masters Degree at the University of Southern California in 1970.  His major was aeronautical engineering.

Armstrong served in the US Navy in the Korean War, flying 20 combat missions.  He was a test pilot after the war & chosen for the USAF Man In Space program in 1960.

As the Lunar Module “Eagle”, on automatic pilot,  approached an unsafe landing area on the moon’s surface, Armstrong took over control manually & landed safely in the “Sea of Tranquility.”

Shortly thereafter on July 20, 1969, Commander Armstrong made his way down the ladder of the LM & said as he placed his foot on the lunar surface:

“THAT’S ONE SMALL STEP FOR MAN, ONE GIANT LEAP FOR MANKIND!”

In a statement released by the White House, President Barrack Obama said:

“Neil Armstrong was a hero not just of his time, but of all time.”

“With courage unmeasured & unbounded love for his country, he walked where man had never walked before.”

And these words come from a statement released by the Armstrong family:

“For those who may ask what they can do to honor Neil….honor his example of service, accomplishment & modesty & the next time you….see the moon….think of Neil Armstrong & give him a wink.”

“The moonwalk marked America’s victory in the COLD WAR space race that began with the launch of the Soviet Union’s Sputnik 1….that sent shock waves around the world.”

The goal to land a man on the moon & return him safely to the earth before the end of the decade was set by President John F. Kennedy in 1961.

Although JFK did not live to see it, Neil Armstrong achieved that goal not only for the UNITED STATES of AMERICA but for the people of the EARTH.

JFK’s words are often included in documentaries when he made reference to an old Irish story about boys attempting to scale a wall that seemed too “doubtful (&) too hard to try”….they would throw their caps over the wall & then they had no choice but to follow them.

“This nation has tossed its cap over the wall of space & we have no choice but to follow it.” 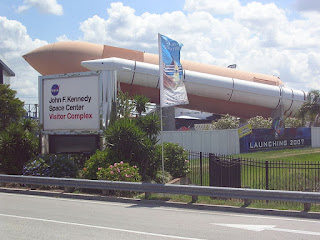 Just as JFK was our hero, Neil Armstrong & all the American astronauts were our heroes.

We, along with millions of people around the world, were watching TV coverage on July 20, 1969 as Neil Armstrong stepped onto the lunar surface.

It was a great moment in history & a proud time to be an American, but as President Nixon said later because of what these 3 American astronauts (Armstrong, Aldrin & Collins) did, all the nations & people of the world “were brought closer together.”

“Neil Armstrong made America & the whole planet proud by landing on the moon & by his actions afterward.  And the Earth is a little smaller without him.  But then, this isn’t the 1st time he’s left it.”

Posted in A Tribute to Neil Armstrong | Leave a comment