Archive for the category “JFK’s Dad Has a Stroke”

JFK’S DAD HAS A STROKE

On December 19, 1961, Joseph P. Kennedy, Sr. suffered a stroke in Palm Beach, Florida.  The elder Mr. Kennedy was taken to St. Mary’s Hospital in Palm Beach. The 73 year old former Ambassador to Great Britain was the victim of a severe stroke.  He was from that time on unable to speak & was paralyzed on his right side & confined to a wheelchair.  Despite the stroke, JFK’s Dad outlived his son.  He died on November 18, 1969.

Several years ago, I had a teaching intern from Morristown,Tennessee.  She had a neighbor who had been visiting St. Mary’s on one of the occasions when JFK was there.  She had taken a photograph of the President.  My intern was able to get a copy for me.  Here is that photograph.

There is an interesting story to this photograph.  The lady who took it observed JFK exiting the hospital & asked if she might take a picture.  He consented & she went away very happy.  When she left, however, she realized there was no film in the camera.  So the next day she went back to St. Mary’s & once again JFK came out.  She asked if she could take another picture.  He consented.  This time she had film in the camera & the result you can see above.

This is a wonderful story & it is so typical of President Kennedy’s humanity.  In the book, The Kennedy Detail, Secret Service agents tell how JFK took a personal interest in each of them, got to know their names, &  asked about their families.  Here is a President who has the added burden of seeing his father suffer a horrific stroke, but is willing to give his time to an ordinary citizen.

December 19 is a very historic day in the history of the United States.  On this day in 1732, Benjamin Franklin’s Poor Richard’s Almanac was published.  Thomas Paine published The American Crisis.  This pamphlet had great impact on General Washington’s army.  The best known line from this work is:

“These are the times that try mens souls.  The summer soldier and the sunshine patriot will, in this crisis, shrink from the service of his country.” 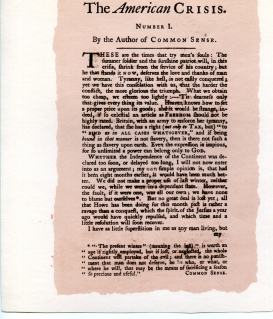 On December 19, 1777, General Washington moved his troops into winter quarters at Valley Forge, Pennsylvania.  Of the 11,000 Continental soldiers encamped there, hundreds died of disease during the harshest winter of the war.  The army survived, however, to resume the quest to win the war for independence. 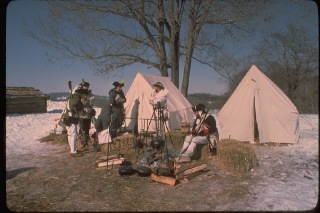 Finally, on December 19, 1998, President Bill Clinton was impeached.  The House of Representatives approved two articles of impeachment (charges).  The first was for lying under oath to a grand jury & the second was obstructing justice.  The charges, of course, related to the affair between the President & Monica Lewinsky, a 21 year old White House intern.  In February, 1999, the President was acquitted by the United States Senate on both charges.  Mr. Clinton completed his second term. 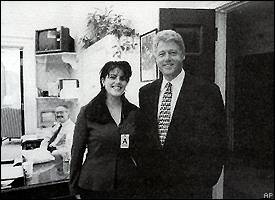 Posted in JFK's Dad Has a Stroke | Leave a comment