The topic of the memo is the coordination of efforts of the federal government under the Trade Expansion Act recently passed in October 1962.


The Trade Expansion Act of 1962 granted the President of the United states the power to negotiate tariff reductions up to 50%.


The memo read:  “we are already preparing for our first round of negotiations….” 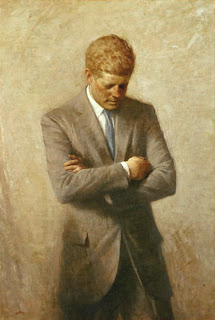 
General Westmoreland requests the additional troops be sent before the end of this year. 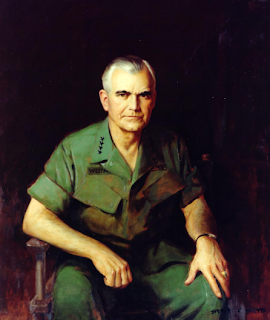 
DULLES ASKS FOR ACTION AGAINST COMMUNISTS


He warned that “international communism” is making inroads into the Western Hemisphere & called for Latin American nations to condemn this danger.


Secretary Dulles said that there is not one country in this hemisphere which “has not been penetrated by….international communism acting under orders from Moscow.”


In response, the conference passed a resolution to condemn international communism. 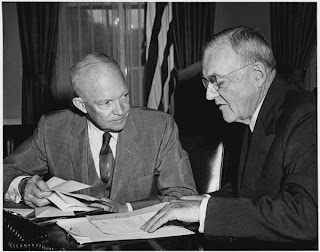 
Mr. Reagan is currently serving as the president of the Screen Actors Guild.


It has been reported that Miss Davis met Mr. Reagan as she was in the process of seeking to have her name removed from Senator Joe McCarthy’s “blacklist” of possible communist sympathizers.*


*Nancy Regan would one day say: “My life really began when I married my husband (Ronnie)”. 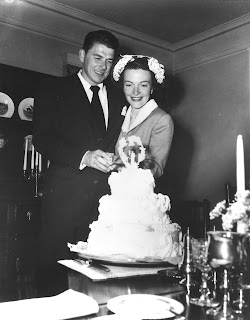 
FDR SWORN IN AS PRESIDENT


Franklin D. Roosevelt of New York was sworn in today by Chief Justice Charles Evans Hughes as President of the United States on the East Front of the US Capitol building.


This is the last inauguration to be held on the previously prescribed date of March 4.  By the 20th amendment, all future scheduled inaugurations will be on January 20.


Standing in the rain on a gloomy day in an equally gloomy economic period of our nation’s history, Mr. Roosevelt placed his hand on the Roosevelt family Dutch Bible published in 1686.  It is the oldest Bible ever to be used in a Presidential inauguration.


FDR gave his stirring Inaugural Address in a commanding, confident voice. He said:


“The only thing we have to fear is….fear itself.  Nameless, unreasoning, unjustified terror….”


Most banks in the United States have been closed permanently with the people’s savings lost.  More than 25% of the work force is unemployed and without support from the government.  Industrial production is down 50% from 1929.*


*I think one of the best statements I ever heard on the state of the country in 1932 & 1933 came from a PBS documentary on FDR which said :  “And now a man who could not walk would try to get the country back on its feet.” 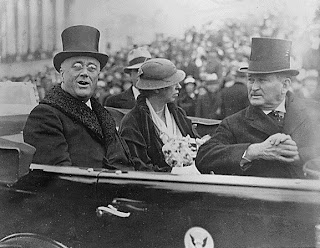 
Abraham Lincoln of Illinois was sworn in today as the 16th President of the United States.


Lincoln, who won an electoral majority in the 1860 election but did not carry a single Southern state, promised that his government would not interfere with slavery where it currently exists.
He did say, however, that he opposes secession & seizure of US property.


“In your hands….is the momentous issue of civil war.  The government will not assail you.  You can have no conflict without being yourselves the aggressors.” 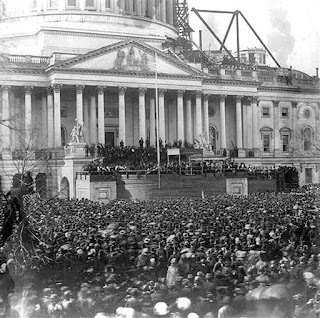 
Andrew Jackson of Tennessee was sworn in today as the 7th President of the United States.


After the ceremony at the Capitol, President Jackson joined more than 20,000 people for “Open House” at the White House.


Some of the guests climbed on the furniture with their muddy boots while others climbed up the curtains.  Some reportedly even fired their pistols into the ceiling.


The staff set up washtubs of juice & whiskey out on the lawn hoping to draw the mob outside.*


*The “Open House” tradition set by Thomas Jefferson came to an end in 1885 when Grover Cleveland cancelled it in lieu of an inaugural parade. 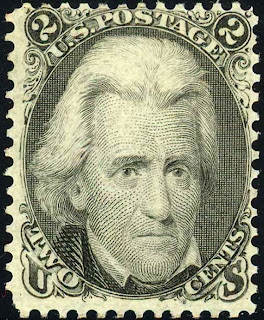