Civil Rights leader Dr. Martin Luther King, Jr. was shot & killed today as he stood on the balcony outside his room at the Lorraine Motel in Memphis, Tennessee. 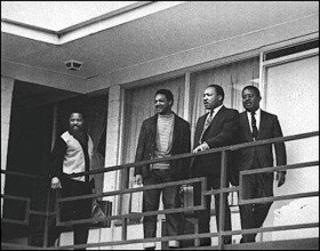 Dr. King & Associates on the balcony before the shooting


Dr. King, 39 years old, was pronounced dead after arrival at a Memphis hospital.


After the shooting, police found a 30-06 Remington hunting rifle on the sidewalk beside a rooming house about a block from the Lorraine.


Dr. King, Dr. Ralph Abernathy & several other King associates were preparing to go to dinner at the home of Rev. Billy Kyles of Memphis.


Several of Dr. King’s associates heard the gunshot & indicated it came from the rear of a boarding house across the street from the motel. 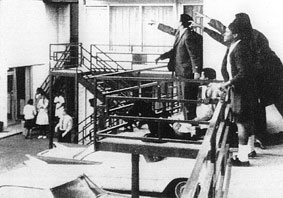 King’s associates point toward the direction of the shot


*I had the opportunity to talk with Rev. Kyles a few years back during a workshop at the National Civil Rights Museum in Memphis which was originally the Lorraine Motel.  I asked him what kind of personal security Dr. King had in Memphis.  I found his answer shocking.


Normally he would have had a man with him but because the man did not like to fly & because Dr. King had flown to Memphis, the man was not there at the time of the shooting. 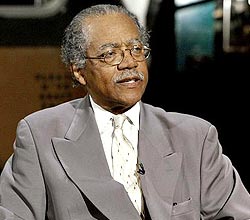 John White at the Lorraine Motel


President Kennedy attended a conference on foreign policy which was hosted by the U.S. State Department today.


JFK spoke to the delegates & afterward took their questions.


The representatives of these countries agreed:


Poet & novelist, Maya Angelou, was born on this date in St. Louis, Missouri.


In the early 1960s, Angelou lived in Ghana where she worked at The African Review.


In 1981, she became a Professor of American Studies at Wake Forest University.


Of her many successful poems, the one that is perhaps best known is the poem she wrote & read at the 1993 Inauguration of Bill Clinton titled “On the Pulse of Morning”.


Following is the last part of the poem.


“Here on the pulse of this new day
You may have the grace to look up and out
And into your sister’s eyes,
Into your brother’s face, your country
And say simply
Very simply
With hope
Good morning.” 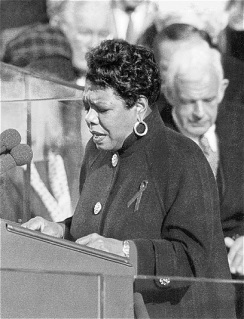 
William Henry Harrison, President of the United States for only 32 days, died of pneumonia today.


On the evening of March 4, after giving a 1 hour & 45 minute inaugural speech in bitterly cold weather, President Harrison went to bed with a cold.


Eventually the cold turned into pneumonia which caused the President’s death today.


Harrison was a hero of the Indian Wars earning the nickname “Old Tippecanoe” because of his victory.  When he ran for President on the Whig ticket last year, his campaign slogan was “Tippecanoe & Tyler Too”. (John Tyler, his Vice-President, is now the 1st man to become President on the death of a President.)


President Harrison is survived by his wife Anna & 3 children.*


*To this day, William Henry Harrison holds the dubious distinction of having given the longest inaugural address & serving the shortest term of office.