Archive for the category “Bob Dylan”

THE BISMARCK IS SUNK


THE BISMARCK IS SUNK


The German battleship Bismarck was sunk today by the British Navy in the North Atlantic.


After having sunk the British cruiser Hood, the Bismarck, leaking fuel, fled for Nazi occupied France.


The German ship was sighted & crippled by the RAF & then sent to the bottom of the ocean by 3 British warships.


“The fog was gone the seventh day and they saw the morning sun
Ten hours away from homeland the Bismarck made its run
The Admiral of the British fleet said turn those bows around
We found that German battleship and we’re gonna cut her down.”


“Sink the Bismarck” by Johnny Horton

The Bismarck Goes Down


200,000 people came out to take a stroll across the beautiful orange colored suspension bridge.


The Golden Gate’s elegant design is the result of collaboration between engineers Joseph Strauss & Leon Moisseiff as well as architect Irving Morrow.


It is 4200 feet in length making it the longest bridge in the world.*


*On the following day, FDR pushed a button at the White House which signaled the start of vehicular traffic on the bridge. 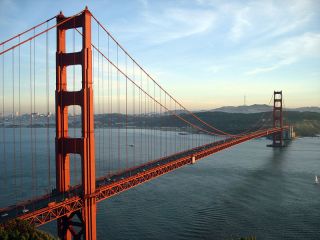 
*In the summer of 1963, Peter, Paul & Mary will turn the 1st cut from Dylan’s 2nd album, “Blowin in the Wind”, into an international hit.  From that point forward, Bob Dylan became a household name.


*John Lennon said that when the Beatles 1st heard “Free Wheelin” in Paris, they couldn’t stop playing it. 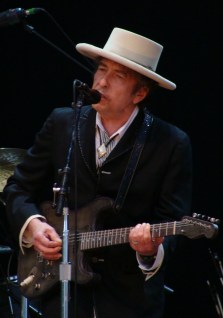 
Trapper/explorer/mountainman Jedediah Smith was killed today while riding alone on the Santa Fe Trail  by a party of Commanches.


It is reported Smith was weakened by shortage of water but still managed to kill one of the Commanches. 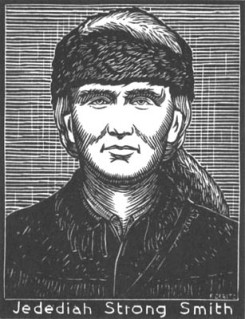 
Gerde’s is the most sought after venue for aspiring folk artists in the city.*


*My favorite Bob Dylan songs became associated with both the civil rights movement & the Vietnam War protest:  Blowin’ in the Wind (1963) & The Times They Are A-Changin (1964). 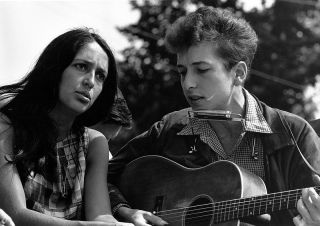 
In an opening address at his afternoon news conference today, President Kennedy lambasted steel executives on their recent price hike.  JFK called it a “wholly unjustifiable and irresponsible defiance of the public interest.”


JFK went on to tell reporters that the “inflationary” price rise by steel companies will result in higher costs on many consumer products & will make it more difficult to sell American products overseas.


The President concluded his statement with these words:


“The American people will find it hard, as I do, to accept a situation in which a tiny handful of steel executives…can show such utter contempt for the interests of 185 million Americans.”* 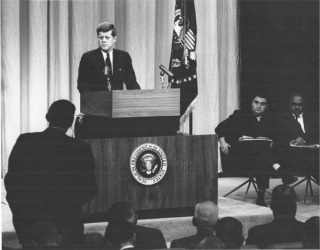 
APOLLO 13 LIFTS OFF FOR THE MOON


The 3rd lunar landing mission began today with the successful lift off of Apollo 13 from Cape Canaveral, Florida.


Apollo’s 13 lunar lander will put down in the Fra Mauro highlands on the moon where two of the astronauts will explore the Imbrium Basin & conduct geological experiments.*


*Unfortunately the Apollo 13 mission will have to be aborted after the rupture of the service module’s oxygen tank 200,000 miles out.  The crew will transfer to the lunar lander, make a pass around the moon, & limp back to earth with a shortage of food & water & to make matters even worse, no heat.

Last words from Houston before the oxygen tank ruptured


Truman’s decision comes after a long dispute between the Commander-in-Chief & his top general in the Korean conflict.


The dispute reportedly began when MacArthur personally told Truman in a meeting in October 1950 that the probability of the Communist Chinese entering the war was “slim”.  Then, later in the year, after Chinese troops crossed the Yalu River into Korea, MacArthur asked Truman for permission to bomb China.


“I believe we must try to limit the war in Korea….so there will be no doubt or confusion as to the real purpose & aim of our policy.” 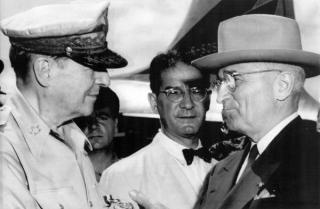 
NAPOLEON IS SENT INTO EXILE


Napoleon Bonaparte, emperor of France, has abdicated the throne today.


By the Treaty of Fontainebleau, Napoleon is to go into exile on the island of Elba in the Mediterranean.


In 1812, Napoleon had launched an invasion of Russia which ended with his retreat from Moscow & most of Europe uniting against him.*


*In 1815, Napoleon escaped Elba, returned to Paris & reclaimed his throne.  Shortly thereafter he was defeated at the Battle of Waterloo, forced to abdicate once again, & again was sent into exile. 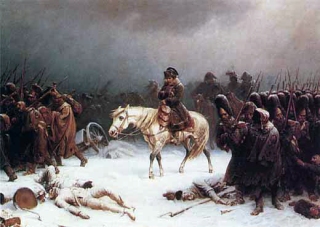