Archive for the category “JFK’s Views on Education”


JFK GIVES HIS VIEWS ON EDUCATION


At his 6th news conference today held in the State Department auditorium, President Kennedy was asked to give his views on the subject of education.


“I do not think that there is anything more important than to have good schools & well trained & competent teachers.


When the Massachusetts Bay Colony was established, one of the first acts….was the establishment of a public school. 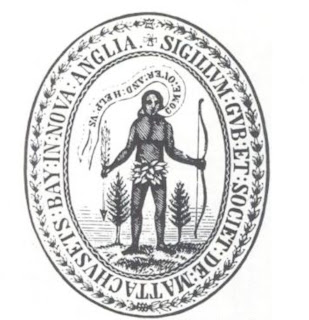 We are as good….as our schools are….and….I am extremely interested in seeing this country place added emphasis on education.”*


It was both my deep interest in U.S. History as well as JFK’s call to service that led me into the teaching profession so many years ago.


The brother of the late President Kennedy has served in the United States Senate for 47 years.


He received the award “in recognition of distinguished public service & the example he has set of political courage in public life.”


“He carried the nation on his shoulders through the most important struggles of our time for justice, for equality, for opportunity & for freedom.” 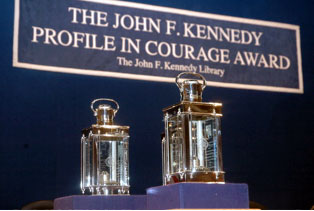 
The bus was the idea of Dutch businessman Ben Pon, an importer of the VW Beetle in the Netherlands.* 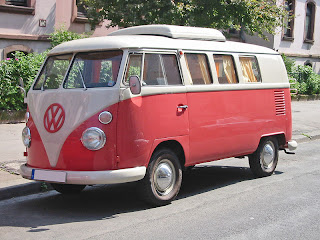 
*The VW Bus became known in the United States as a “Hippie Van” because it was used to transport groups of young people & their camping gear to concerts & war protest rallies in the 1960s.  The VW Type 2 was produced to the end of the 1967 model year. 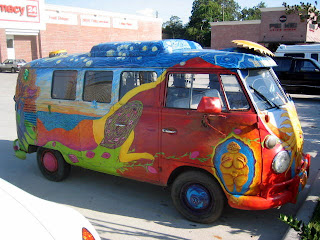 
US MARINES LAND AT DA NANG


They were greeted by Vietnamese girls with leis.


Their assignment is to secure the US air base & free up the South Vietnamese Army for combat against the communists.

US Marines in Da Nang


President Ronald Reagan, speaking to the National Association of Evangelicals today in Florida, referred to the Soviet Union as an “evil empire”.


This makes the 2nd time in his Presidency he has made this reference.  The 1st time was in an address to the British House of Commons in 1982.


Reagan advocates a policy of active intervention against the Soviet buildup of nuclear weapons & Soviet efforts to spread communism into 3rd world countries. 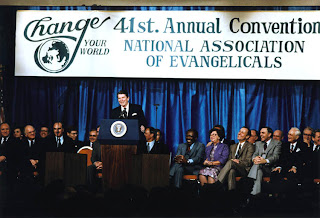 
The Suez Canal has been reopened by Egypt today following the “Suez Crisis”.


*The canal will require several weeks of clean-up in order for large ships to pass through. 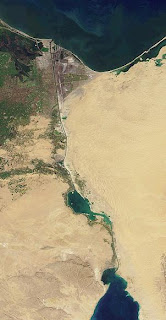 Posted in JFK's Views on Education | Leave a comment