Archive for the category “Hydrogen Bomb”


President Truman announced today that he has authorized development of the hydrogen bomb.  The announcement comes just 5 months after the USSR’s detonation of its’ 1st atomic bomb. 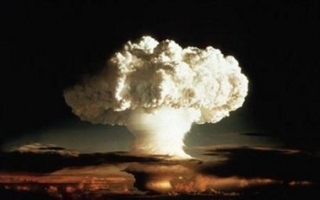 Truman described the H-bomb as the world’s 1st “super bomb”.  Because very high temperatures are required to begin fusion reactions, the bomb is also known as a thermonuclear bomb.*


*The US will detonate the H-bomb in the Marshall Islands on November 1, 1952.  The Soviets will follow with theirs on November 22, 1955.  Since that time, Britain, France & China have exploded hydrogen bombs.


Viet Cong guerillas launched an attack today on the US Embassy in Saigon.  VC were able to seize the building for 6 hours.  American paratroopers were dropped on the roof & succeeded in driving the VC out of the compound.


The 1st American in space, Alan B. Shepard, Jr. along with Edgar Mitchell & Stuart Roosa lifted off today on Apollo 14.  Shepard made his 1st sub-orbital flight in 1961.  He was later awarded a medal by President Kennedy at the White House.*

*Shepard will be the 5th astronaut to walk on the lunar surface.  In addition to collecting 96 pounds of lunar samples, Shepard will use his club to hit golf balls into space. 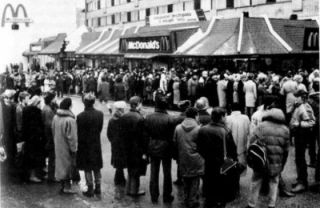 Hundreds of Russians lined up today in Moscow to pay the equivalent of several days pay for a fast food meal.  This is an obvious sign of radical change in communist Russia as American capitalism arrives in its’ capital city.


US TO LOAN MEXICO $20 BILLION


President Clinton announced today his authorization of a loan of $20 billion to Mexico.  The President was able to “side-step” congressional opposition by authorizing the US Treasury to issue this loan through the Exchange Stabilization Fund.  This is the 1st time this fund has been used.

Mr. Clinton says that the current financial instability of our neighbor to the south could potentially threaten the economy of the United States.*


GUY FAWKES JUMPS TO HIS DEATH


The leader of a plot to blow up Parliament House, Guy Fawkes, has jumped to his death from the scaffold where he was to be hanged.  The cause of death is believed to be from a broken neck.


Fawkes had been found guilty of treason as part of a conspiracy to wipe out the government of Great Britain & King James I.  The conspiracy involved a small group of English Catholics led by Robert Catesby.


Since two tons of gunpowder were found hidden in the cellars of Parliament House, the conspiracy will be known as the “Gunpowder Plot”. 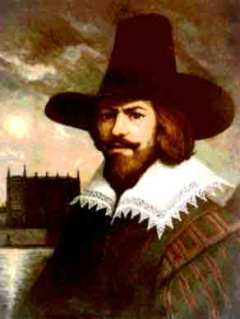