Born on October 15, 1917 in Columbus, Ohio, Schlesinger graduated from Harvard University, where he would later serve as a professor, & won the Pulitzer Prize in 1945 for his book The Age of Jackson.


He won another Pulitzer for his memoir of the Kennedy White House entitled: A Thousand Days.*


“Arthur played many roles in the Kennedy White House:  a counselor who advised, in vain, against the Bay of Pigs, a bridge to the American intellectual & academic community….& to the rising young leaders in the 3rd world & Europe.”


Arthur M. Schlesinger, Jr. wrote in his introduction to A Thousand Days:


JFK loved history & had a special affection for Mr. Schlesinger who wrote:


“If we are to survive, we must have ideas, vision & courage.  These things are rarely produced by committees.  Everything that matters in our intellectual & moral life begins with an individual confronting his own mind & conscience in a room by himself.”*


*Personal note:  I was honored to attend a speech given by Arthur Schlesinger, Jr. at the University of Tennessee in Knoxville. 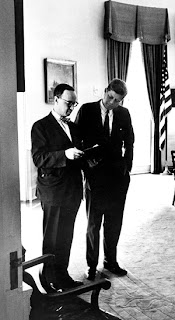 Courtesy of the JFK Library, Boston


The letter is accompanied by copies of an article that King wrote which appeared in The Nation.


“the powerful things that the President can do in civil rights are through executive orders” & “I know that President Kennedy has a marvelous opportunity & I believe in his good faith on the issue.” 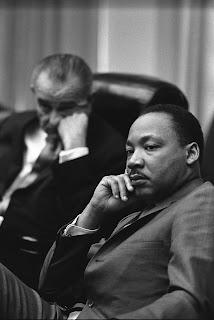 
President John Tyler, cruising on the Potomac on the USS Princeton, was fortunate to escape death today when a 12 inch, 27,000 pound cannon, known as “The Peacemaker”, exploded sending shrapnel in all directions. 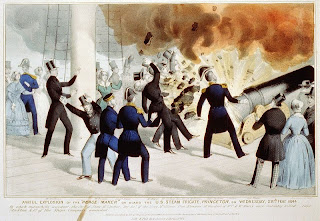 The President, who was half way up a ladder leading to the upper deck when the explosion occurred, was unhurt.


There were about 400 people on board at the time of the accident including former 1st Lady Dolley Madison.


The cannon had been fired twice, previous to the blast, without incident.


The explosion killed several persons including members of the President’s cabinet & the father of his fiancee.* 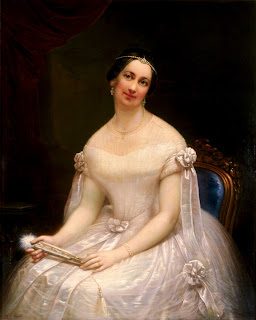 
Although an Anglican, Wesley sees the need for a new church in America to replace the Anglican Church which he feels has abandoned Americans after the revolution.*


*John Wesley rode on horseback preaching 2 to 3 times a day. 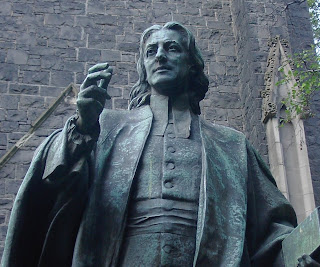