Archive for the category “DEFCON-2”


Washington, D.C. (JFK+50) The Executive Committee of the National Security Council, or EXCOMM, met this morning at 10 in the Cabinet Room at the White House.


On Monday, President John F. Kennedy announced the United States would set up a quarantine or blockade of the island of Cuba & would turn back “any ships…. found to contain cargoes of offensive weapons.”


The meeting began with CIA Director John McCone reporting that 22 Soviet ships were heading for the “Quarantine Line” 500 miles to the East of Cuba.


Later in the meeting, Secretary of Defense Robert S. McNamara reported that 2 Soviet ships, Kimovsk & Yuri Gagarin, were approaching the “Quarantine Line” with a Soviet submarine stationed in between.


McCone, getting more up-to-date information, said that 6 Soviet ships, in Cuban waters, “have either stopped or reversed direction.”


At this dramatic point in the crisis, Secretary of State Dean Rusk said:


“We stood eyeball to eyeball & the other fellow just blinked.”*


*According to Michael Dobbs, in “One Minute to Midnight” (2008), evidence now available in the National Archives & JFK Library indicates that the Soviet “turnaround” was actually done on Tuesday morning, October 23, 1962, or 24 hours before the EXCOMM meeting of the 24th.


Dobbs states that historians  “failed to use these records to plot the actual positions of Soviet ships on the morning of Wednesday, October 24, 1962.”


I do not think this new information changes the fact that the Cuban Missile Crisis was the closest the world ever came to nuclear war or that President Kennedy, along with his advisers, as well as Premier Khrushchev & his advisers, made decisions of historic proportions that prevented a nuclear war.


The order came in the midst of the “Cuban Missile Crisis” with reports of Soviet submarines off the East Coast of the United States. 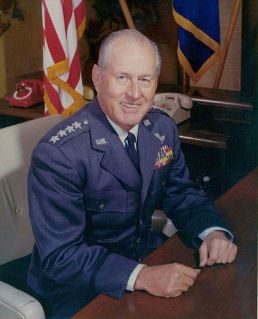 
With the day’s events seemingly going JFK’s way, Mr. Bartlett proposed a toast to celebrate the turning around of Soviet ships from the “Quarantine Line”.


The President replied: “You don’t want to celebrate in this game this early.”


During the dinner, National Security Adviser McGeorge Bundy kept the President informed on the crisis.


At one point JFK said: “We still have 20 chances out of a hundred to be at war with Russia.”*


*Later after the dinner guests had left the White House, JFK phoned Mr. Bartlett & said: “You’ll be interested to know that I got a cable from our friend (Khrushchev).  He said those (Soviet) ships are coming through.”


The Mills-Ribicoff Act is designed to reduce the number of mentally retarded babies born in the United States each year.

JFK in the Oval Office

Posted in DEFCON-2, EXCOMM MEETS ON CUBA | Leave a comment