Archive for the category “Alan B. Shepard”

SHEPARD IS 1ST AMERICAN IN SPACE


SHEPARD IS 1ST AMERICAN IN SPACE


NASA astronaut Alan B. Shepard, Jr. was launched aboard the “Freedom 7” spacecraft from Cape Canaveral, Florida today becoming the 1st American to go into outer space.

Alan B. Shepard, Jr. Aboard Freedom 7


Alan B. Shepard, Jr. was born in Derry, New Hampshire & graduated from the US Naval Academy in 1944.


He was selected as one of the 110 test pilots by NASA in 1959 for potential astronaut selection.  He made the final cut to become one of the “Mercury 7”.* 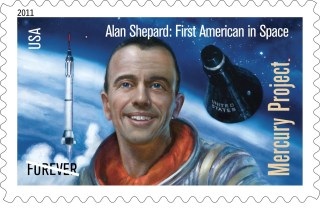 *Commander Shepard was presented with the Distinguished Service Medal by JFK on May 8, 1961.


A decade later, he returned to space as commander of the Apollo 14 & walked on the moon. 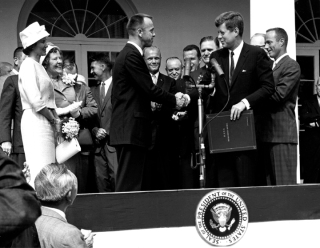 
President John F. Kennedy signed the bill passed by Congress which will provide an increase in the minimum wage from $1 to $1.15 this year & to $1.25 next year.


President Kennedy today gave an address to the International Association of Machinists.  He said:


“One of the great things about this country has been that our most extraordinary accomplishments have not come from government down, or from the top down, but have come from the bottom up.”


Standing alongside a mass grave of 50,000 victims, President Reagan said:

President Reagan Lays a Wreath at the Bergen-Belsen Memorial
Photograph from http://www.reagan.utexas.edu


The US, France & Britain today ended their military occupation of West Germany.  In turn, the Federal Republic of Germany, established in 1954, becomes a member of the western alliance.


The FRG may establish its own army of up to 500,000 & may also resume the manufacture of arms.


This perfect game is the 1st of the 20th Century.


The previous perfect game was by John Montgomery Ward in 1880.


Denton True Young was born in Gilmore, Ohio.  His teammates in Cleveland called him “Cyrus” to poke fun at his country background.*


*Cy Young, namesake for the most prestigious annual award for pitchers in MLB, holds the record for the most wins at 511.


In the Battle of Puebla, the French army suffered 500 casualties while the Mexican army had less than 100.*


*The “5th of May” is celebrated in Mexico & around the world as “Cinco de Mayo”.


Napoleon Bonaparte, the once powerful emperor of the French Empire, died today as a British prisoner on the island of St. Helena off the coast of Africa.


After having met defeat at the Battle of Waterloo in 1815, Napoleon was sent into exile.


The emperor’s body is to be returned to Paris for burial. 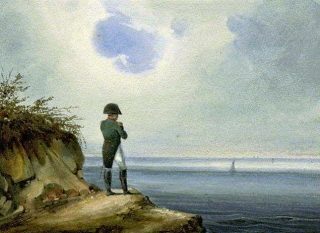 Napoleon in Exile at St. Helena

Posted in Alan B. Shepard