Washington, D.C. (JFK+50) President Lyndon B. Johnson was advised today by the National Security Council to escalate the bombing of North Vietnam.


The measure was recommended to the President in order to boost the morale of the South Vietnamese, cut communist infiltration into the south, & force Hanoi to stop its support of insurgency in South Vietnam.


The President’s civilian advisers reportedly want a graduated escalation in the bombing while his military advisers favor a “fast & full” escalation.*


Born in Rome in 1901, he earned his doctorate at the University of Pisa & in 1929 became the youngest man ever elected to the Royal Academy of Italy.


He was awarded the Nobel Prize in physics for “identifying of new radioactive elements.*


*Fermi sent a letter to FDR warning of the danger of German development of the atomic bomb.  The letter led to the Manhattan Project. 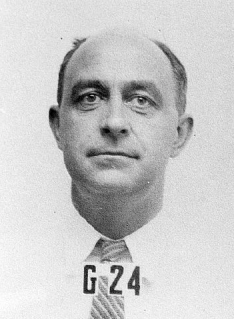 
GRAND OLE OPRY IS ON THE AIR IN NASHVILLE*


*We have taken liberties with the term “Grand Ole Opry” which was not spoken on air until Dec. 10, 1927.  The program was 1st known as the “Barn Dance” but in introducing Deford Bailey, “the harmonica wizard” in 1927, emcee Walter Damrosch said:


“For the past hour, we have been listening to music from the Grand Opera.  From now on, we will present the “Grand Ole Opry”.**


On June 5, 1943, the Opry moved to the RYMAN AUDITORIUM.  It would be the home of the Opry until 1974 when the move was made to the Grand Ole Opry House at Opryland USA.