Archive for the category “Elvis Drafted” 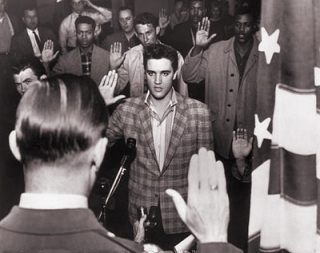 
While in Germany, he was introduced to his future wife, Priscilla Beaulieu.
Elvis was discharged from the army on March 2, 1960.

The Berlin Wall, which had been constructed in August 1961, was opened to allow West Berliners to visit relatives on a one-day pass.


4000 West Berliners have crossed as of today.


The wall was built by the East German Communists who wanted to stop the fleeing of people from East Berlin to free West Berlin.

In his first year as President, JFK was faced with a major crisis in Berlin.  It was feared that a confrontation between the East & West there could result in nuclear war.


JFK’s immediate “private” reaction to the building of the wall was reported to be: “A wall is a hell of a lot better than a war!”

When he visited West Berlin in June 1963, JFK spoke to a million people in the city.


President Kennedy said on that occasion:


“Freedom has many difficulties and democracy is not perfect, but we have never had to put a wall up to keep our people in.” 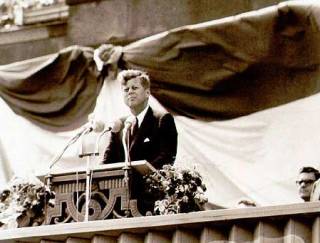 On December 20, 1961, President Kennedy spent most of the day visiting his father at St. Mary’s Hospital in Palm Beach, Florida.