Archive for the category “Politics and Prose Bookstore” 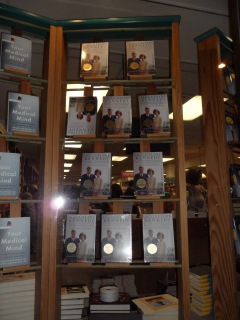 
The event was sponsored by Politics & Prose Bookstore & Coffee House which is located at 5015 Connecticut Avenue NW.


We decided to go to the bookstore both to check it out as well as pick up Caroline’s book & CDs.


We took the metro & then walked through the beautiful neighborhood to Politics & Prose. 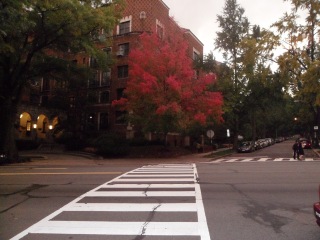 
We found the bookstore astir with activity, as it usually must be, as a “book talk” was in progress.


The stated purpose of Politics & Prose is to “offer superior service & unusual book choices” as well as to “serve as a gathering place for people interested in reading & discussing books.”


Washington, D.C. (JFK+50) Secretary of Defense Robert S. McNamara & Chairman of the Joint Chiefs of Staff Maxwell Taylor arrived back in Washington today to report to President Kennedy on their fact-finding trip to South Vietnam.


While the details of their report were not released, the White House issued the following statement:


“We will adhere to our policy of (assistance) to South Vietnam (in their battle against the Communists).”*


*It was not reported that McNamara & Taylor advised JFK to find an “exit strategy” for US forces in Southeast Asia.


The legislation will help the UN meet a financial crisis which was a result of the failure of some member nations to contribute to the peace-keeping forces in the Middle East & the Congo.


The bill provides up to $100 million in assistance.


The purpose of the trip, which is being funded by the Congressman himself, is to study political, military & economic conditions in these areas.


Traveling with the Congressman is his brother Robert & sister Patricia.


Washington, D.C. (JFK+50) President Woodrow Wilson suffered a stroke today while attempting to recover from the collapse he experienced on an 8000 mile tour to promote the Versailles Treaty & League of Nations.


Mr. Wilson left Washington by train on September 3 & had traveled across the nation speaking at various stops from the rear platform of his railroad car.


Late last month, however, he collapsed from exhaustion in Pueblo, Colorado & was immediately sent back to the White House.


The White House is not providing any additional information on the President’s condition at this time.*


*The extent of the President’s condition was kept from the public & apparently the cabinet.  When he appeared at a meeting 6 months later, cabinet officers were stunned by his condition.


The stroke left him paralyzed on the left side & his vision was impaired.


Edith Wilson, the 1st Lady, “unconstitutionally” acted as President of the United States on her husband’s behalf.


Gonzales, Texas (JFK+50) Texans in revolt against the rule of General Santa Anna of Mexico crossed the Guadalupe River here in Gonzales last night & launched an attack on the Mexican Army this morning.


The Texans pulled along with them a single cannon & carried a homemade flag with a picture of the cannon & the words “Come & Take It”.


The Texan rebels forced the Mexican army to retreat back to San Antonio de Bexar.*


*Although not much of a battle, newspapers called it “the Lexington of Texas” & historians refer to it as the beginning of the Texas Revolution.

Posted in Politics and Prose Bookstore | Leave a comment