At his afternoon news conference at the State Department today, President Kennedy responded to a couple of questions from reporters with humor.


One reporter asked JFK to comment on the treatment of his administration by the press.


“I am reading more & enjoying it less…& so on, but I have not complained nor do I plan to make any general complaints.  I think (the press) is doing their task as a critical branch & I am attempting to do mine & we are going to live together for a period & then go our separate ways.”


Another newsman asked the President to comment on his remark during the steel crisis in which he quoted his father’s derogatory view of businessmen.


“The statement (in the newspapers) quotes my father as having expressed himself strongly to me.  I quoted what he said & indicated that he had not been….wholly wrong.  But that’s past.  Now we are working together, I hope.”


Both answers were followed with laughter from the press corps. 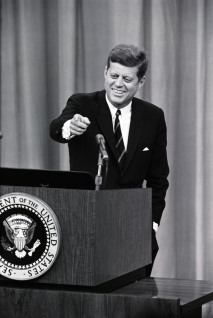 JFK Jokes with the Press


Soldiers of the army of South Vietnam fired into a crowd of Buddhists today in Hue.


The Buddhists were protesting a ban on their display of the Buddhist flag.


It is reported that 1 woman was killed & 8 children were wounded.*


*This shooting sparked riots in South Vietnam the rest of May 1963.


Today after more than 3 months, the British rock group, the “Beatles”, no longer have the #1 hit single on the American pop charts.


Louis Armstrong became popular in the 1920s as a jazz trumpet player.  Some may have thought that in the 1960s, his time had past, but they were wrong.


The birth control pill is manufactured in Chicago by the G.D. Searle Company. 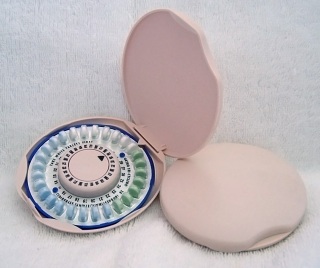 
This marks the last step of West Germany’s integration into the defense system of Western Europe & also the end of the possibility that Germany might be reunited in the near future.*


The show is a “circus-like pageant” that celebrates life in the western United States.


Included in Cody’s extravaganza is an attack on a Deadwood, South Dakota stage coach, a Pony Express relay race & a reenactment of Custer’s Last Stand.


The show also features female sharpshooter Annie Oakley who shoots a cigar out of the mouth of one of her assistants.


Cody’s show has been seen across the United States playing to as many as 20,000 people per performance. 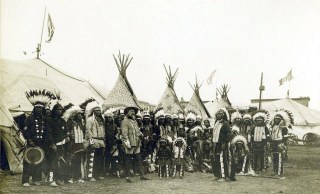