Archive for the category “The Alamo Falls”

March 6, 1836
THE ALAMO FALLS TO SANTA ANNA
At 5:30 a.m. this morning, Mexican troops under Santa Anna stormed the walls of the Alamo compound near San Antonio de Bexar.
The Alamo was defended by less than 200 Texan rebels led by Col. William B. Travis, Jim Bowie & Davy Crockett.
This was the 13th day of a siege that began in late February.  With the shouts of “Viva Santa Anna” & music from buglers, the Alamo’s walls were penetrated by Mexican troops.
It is reported that all Texans have been “put to the sword” & Santa Anna will continue his march northward further into Texas.
*“Remember the Alamo” would become the battle cry of Sam Houston’s Texas army which would later defeat Santa Anna at San Jacinto & win the independence of Texas.

“In the southern part of Texas, near the town of San Antone,
Like a statue on his Pinto rides a cowboy all alone.
And he sees the cattle grazin’ where a century before,
Santa Anna’s guns were blazin’ & the cannons used to roar.
And his eyes turn sort of misty, and his heart begins to glow,
And he takes his hat off slowly to the men of Alamo.
To the 13 days of glory at the seige of Alamo.”
From “The Ballad of the Alamo” by Marty Robbins 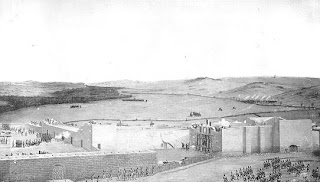 
The 1st black African nation to win her independence today is Ghana.


The Dutchess of Kent read the following message in behalf of Queen Elizabeth II:


“It is my earnest & confident belief that my people in Ghana will go forward in freedom &  justice.” 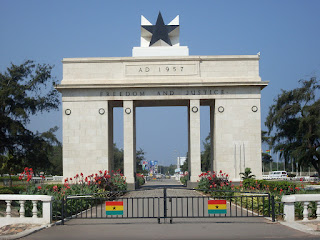 
ROSENBERGS GO ON TRIAL FOR ESPIONAGE


Julius is a member of the American Communist Party.  He was fired from his job in the US government during the recent “Red Scare”.*


*The trial ends on April 4, 1951 with a guilty verdict for both Rosenbergs.  They are sentenced to death & executed. 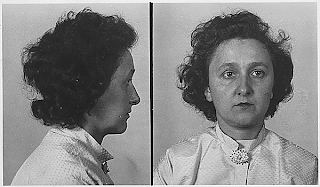 
Ho Chi Minh of Vietnam accepted an agreement with France today which will make Vietnam autonomous.


Minh has led the Viet Minh or League of Independence for Vietnam since 1941.*


*The autonomy of Vietnam was short-lived.  It would take the 1st Indo China War (1946-1954) for Vietnam to regain autonomy.  At the Battle of Dien Bien Phu, the French were defeated & at Geneva, Ho Chi Minh was granted control of the north while Ngo Dinh Diem controlled the south. 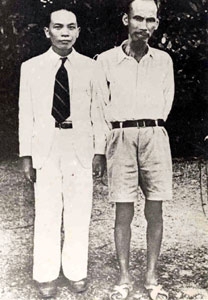 
Sousa died in his room at the Abraham Lincoln Hotel in Reading, Pennsylvania.


Sousa’s band, known for its patriotic military marches, toured from 1892 to 1931 performing over 15,000 concerts including performances in Sydney & Melbourne, Australia in 1911. 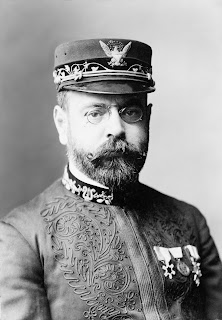 
Chief Justice Roger B. Taney today announced the majority decision of the U.S. Supreme Court in the case of Dred Scott v Sandford.


Dred Scott, a slave who had been taken into the free state of Illinois & the free territory of Wisconsin, is denied his freedom by the high court’s ruling.


The Court upholds the right of slave owners to take their slaves into the western territories & thus nullifies the popular sovereignty ruling by the Compromise of 1850.


Taney says that Scott is not a citizen of the United States under the Constitution & therefore is the property of his master. 
In 1793, Governor John Graves Simcoe established the town of York in Canada named after Prince Frederick, Duke of York & Albany.


During the War of 1812, York was captured & plundered by U.S. forces.  This action motivated the British to return the favor on Washington, D.C. later in the war.


The original name of the town, Toronto, now reinstated, comes from the Iroquois word for “place where trees stand”. 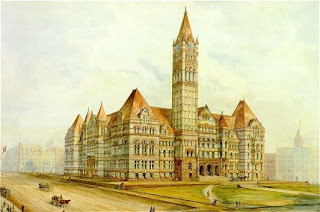 
An island located in the South Pacific between Australia, New Zealand & New Caledonia, was founded on this day.


Captain James Cook named the island on his 2nd voyage after the Duchess of Norfolk.


Lt. Philip Gidley King led a party of 15 convicts & 7 free men to take control of the island & prepare for its commercialization. 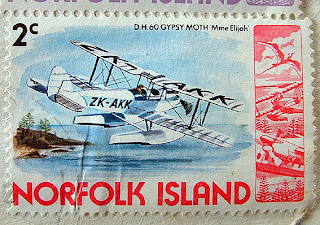