Mrs. Kennedy was the guest today of Mohammad Ayub Khan, President of the Republic of Pakistan.


The 1st Lady was the President’s guest at the Pakistan National Horse & Cattle Show held at the 320 year old Shalimar Gardens.


“All my life I’ve dreamed of coming to the Shalimar Gardens.  I only wish my husband could be with me & that we had something as romantic to show President Ayub when he came to our country.” 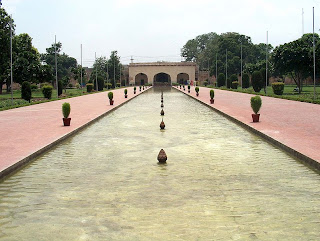 
The President presented the 1st Lady with a special gift:  a jet black horse named “Sardar”.* 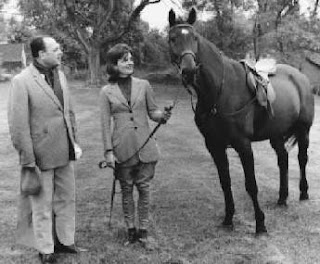 
*Mrs. Kennedy, known for her love of horses, chose “Sardar” as the ceremonial riderless horse for JFK’s funeral procession.  She nicknamed the horse “Black Jack”.


PAKISTAN became the 1st Islamic republic in the world on this day in 1956.  We want to wish the people of Pakistan “Happy Republic Day” 2011. 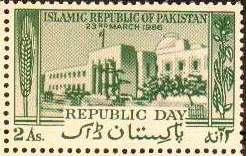 
“Pure spectatorism is a vicarious thrill….but participation is more beneficial, win or lose.” 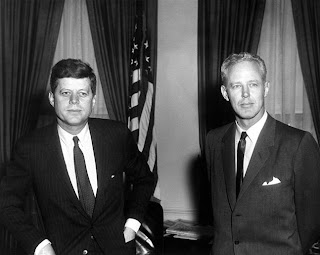 
US SPY PLANE SHOT DOWN IN LAOS


Just one day after JFK spoke of the importance of Laos at his news conference, an American reconnaissance aircraft has been shot down.


The spy plane was on a mission to determine the extent of Soviet support for the communist Pathet Lao when it was shot down on its way back to Saigon.


President Ronald Reagan proposed today an anti-missile system that he says will make the United States virtually impregnable to a nuclear attack.*


*His proposal is officially known as the Strategic Defense Initiative but reporters dub it the “Star Wars Initiative”.


The $30 billion program was shelved with the fall of the Soviet Union in the 1990s. 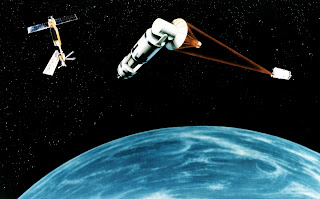 
PATRICK HENRY SAYS “GIVE ME LIBERTY…”


Virginia’s famous orator, Patrick Henry, spoke in support of his resolutions to organize the militia & put the colony in a state of defense before the Virginia Convention today in Richmond.


Patrick Henry, speaking at St. John’s Church, concluded his remarks with these words:


“Gentlemen may cry: peace! peace! but there is no peace.  The war is actually begun.  Is life so dear, or peace so sweet as to be purchased at the price of chains & slavery?  No!  Forbid it Almighty God.  I know not what course others may take; but as for me, give me liberty or give me death!” 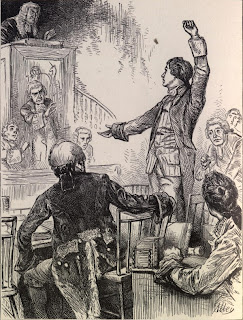