Archive for the category “Carlos Monroy of Ecuador”


The President’s mother, Rose, served as hostess for the luncheon as Jacqueline Kennedy is away from the White House.*


*President Monroy would be ousted from power in a military coup in 1963 after 2 failed attempts to impeach him.  One source says that he was disliked for his “leftist leanings” but more so because of his “immoderate drinking”. 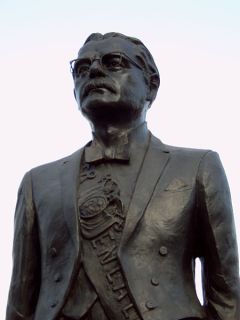 
Washington, D.C. (JFK+50) History was made today at the State Department Auditorium when President Kennedy’s news conference was transmitted live to Europe.


During the conference, JFK was asked the following question:


“Mr. President, now that the US image is being transmitted instantaneously overseas by Telstar, do you think the (TV) networks should do something about the “vast wasteland”?”*


*The “vast wasteland” was a term coined in 1961 by FCC chairman Newton Minow who in commenting about the quality of American TV programming said:


JFK, obviously not wanting to be critical of the networks, laughed & said:


“I’m going to leave Mr. Minow to argue the “wasteland” issue, I think.”


Washington, D.C. (JFK+50) At his news conference today, President Kennedy was reminded that when his Medicare Bill was defeated in the Senate he had said that a “handful” of Democrats joined with Republicans to vote against the bill.


“The fact is this Administration is for Medicare & 2/3 of the Democrats are for (it) & 7/8 of the Republicans are against it. That seems to me to be the issue.”*


Medicare passed, of course, under LBJ.


The question I have is how many of the Senate Republicans who voted against Medicare in 1962 (or for that matter of the Republicans in the US today) refused (or refuse) to accept Medicare coverage? 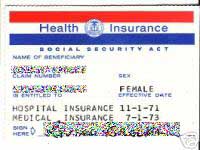 
Students who apply for a federal loan for college tuition must sign an oath swearing that they have never been connected with the Communist Party or any other subversive organization.


“He makes it easy for the honest”. 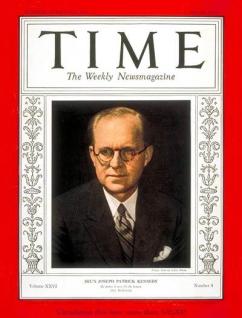 
The former president had just completed his “memoirs” which he had been working on despite his illness in order to provide financial assistance to his family.


U.S. Grant graduated from West Point in 1843 & served in the war with Mexico.


He resigned from the army but re-enlisted when the Civil War began.


Although one of our country’s most successful military leaders, Grant proved to be one of the least successful presidents. 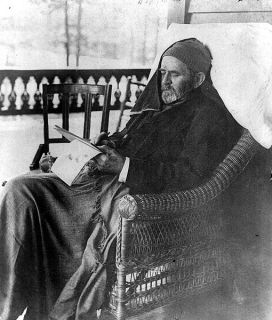