The title of Chapter 12 is CHARISMA.


Chris tells us that JFK hired a vocal coach, David McClosky, to help improve his speaking voice after the acceptance speech in Los Angeles.


Jack was given instructions to “bark loudly” each day.  JFK did his daily barking in the bathtub.


The 1st of 4 nationally televised debates began in Chicago on September 26.


Chris writes that when he arrived at the TV studio for the 1st debate, “Jack looked like a million bucks & Nixon knew it.  Nixon looked terrible & Kennedy knew it.”

Jack was coached to “talk to the lens” which would transmit his image to 70 million Americans watching on television.


“If we do well here, if we meet our obligations, if we are moving ahead, I think freedom will be secure around the world.  If we fail, then freedom fails. Are we doing enough? I do not think (so).”


Chris says that when Jack was speaking, “Nixon’s eyes darted toward him uneasily.”


At the end of the debate, Nixon’s running mate, Henry Cabot Lodge, thought the election had just been lost while LBJ, listening on his car radio, thought Nixon won.


In the 2nd debate held in Washington on October 7, Nixon’s performance was much improved.


On October 13, the 3rd debate had Nixon in Los Angeles  while JFK was in New York.

Nixon was able to expose a Democratic weakness on the issue of the islands of Quemoy & Matsu (off the mainland of China) which were occupied by the free forces of Chiang Kai-Shek.


During the campaign, Kennedy had questioned Eisenhower’s policy of aiding these forces.


After the debate, JFK asked Nixon to drop discussion of the topic which he felt was detrimental to U.S. interests & the Vice President agreed.


In the last debate, Jack hit Nixon on the slowing economy.  He reminded listeners that unemployment was up.**


*For those Americans who have been watching the 2012 Republican primary debates, you might be interested to know what JFK said about “big government” in the 1st Debate.  This comes from the official transcript.


“I know there are those who want to turn everything over to the government.  I don’t at all.  But there is a national responsibility.  I don’t believe in big government, but I believe in effective government action.”


**The debates between Kennedy & Nixon were the 1st live televised presidential debates in U.S. history.  It is said that they were the turning point in the 1960 campaign.  While there were people who thought Nixon won (mainly those who listened on radio), most historians agree that it was the positive image Jack portrayed on television, particularly in the 1st debate, that gave him the big advantage. 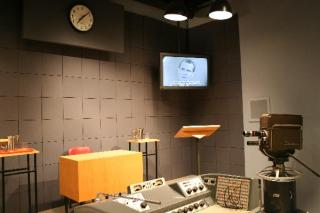