Washington, D.C. (JFK+50) President Grover Cleveland issued a presidential proclamation 119 years ago today, September 25, 1894, granting a pardon to members of the Church of Latter Day Saints who had engaged in polygamous marriages deemed unlawful by the government of the United States.

Marriages between one man and more than one woman was illegal in the United States at that time and remains so to this day.

Four years earlier,  the president of the Church issued a manifesto stating that polygamous marriages would no longer be sanctioned.

Then, in 1893, President Benjamin Harrison issued a conditional pardon to Mormons which required them to remain monogamous.

Having been convinced that Mormons were in compliance with the law, President Cleveland issued his proclamation the following year restoring their property and civil rights previously taken away by the government.

The Edmunds-Tucker Act, passed in 1887, had legally dissolved the Church of Latter Day Saints because of the church’s practice, at the time, of polygamy*. The act was repealed in 1978.

If a married individual marries another person while lawfully married it is classified as bigamy. 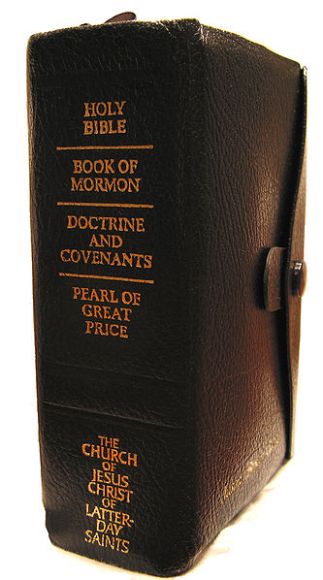 JFK SPOKE AT THE UNIVERSITY OF WYOMING 50 YEARS AGO TODAY

“I am…glad to come on this conservation trip and have an opportunity to speak at this distinguished university.

We are attempting…to develop the talents…which require..education, which will permit us in our time, when the conservation of our resources requires entirely different techniques than were required 50 years ago, when the great conservation movement began under Theodore Roosevelt…and these talents, scientific and social…must be developed at our universities.”

Earlier in the day, President Kennedy spoke at the University of North Dakota in Grand Forks after receiving an honorary doctor of laws degree and again upon his arrival at the airport in Cheyenne.

JFK concluded the day speaking at the Yellowstone County Fairgrounds in Billings, Montana where he said…

“The potential of this country is unlimited and there is no action which any of us can take in Washington which gives us greater confidence in the future…than to leave our city…and come west to Wyoming, Montana, California, and recognize that in this golden area…that a great writer from my own State of Massachusetts, (Henry David) Thoreau, was right when he said…

“Eastward I go only by force; Westward I go free.  I must walk towards Oregon and not towards Europe.”