February 13, 1905
TR TALKS ABOUT RACE RELATIONS
Speaking before the New York City Republican Club, President Theodore Roosevelt cautioned that social & economic equality among the races should come “slowly” & that it should come not from government imposed changes but through a change in attitudes.
Shortly after TR became President, on October 16, 1901, he had Booker T. Washington of Tuskegee as his dinner guest. 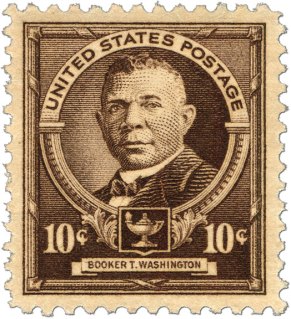 While Mr. Washington had been an official dinner guest of President McKinley’s previously, this was the 1st time a black person had been invited to a private dinner at the White House.


The invitation came as a shock around the nation particularly in the South where newspaper editorials expressed outrage.*
*source: “The Man Who Came to Dinner”, Edwardian Promenade, 1/23/2009
At the Al Smith Dinner during the Presidential campaign of 2008, Republican nominee John McCain said:
“There was a time when the mere invitation of an African American citizen to dine at the White House was taken as an outrage. Today, it is a world away from the crude & prideful bigotry of that time.  And good riddance.”*

In a proposal to the Australian Parliament, the Prime Minister said:
“It is time for the nation to bring the first two centuries of our settled history to a close… We embrace with pride, admiration & awe these great & ancient cultures we are truly blessed to have among us…
We see our indigenous brothers & sisters with fresh eyes & we have our minds wide open as to how we might tackle, together, the great practical challenges that indigenous Australia faces in the future.
Let us turn this page together…&…write this new chapter in our nation’s story….
1st Australians, 1st Fleeters, & those who first took the oath of allegiance just a few weeks
ago. Let’s grasp this opportunity to craft a new future for this great land: Australia.”