Archive for the category “Indian Independence”


The festival is billed as “An Aquarian Exposition: 3 Days of Peace & Music”.


*32 acts would perform over 4 days.  “Rolling Stone” would later list Woodstock as one of the 50 moments that changed the history of rock n roll. 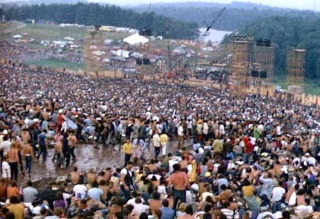 
After the festival, the organizers were left with a $1 million debt & faced 70 lawsuits filed against them.


The performance was promoted by Sid Bernstein.


The popular group was introduced on stage by television host Ed Sullivan who said to the crowd:


“Now, Ladies & Gentlemen, honored by their country, decorated by their Queen & loved here in America, here are the Beatles.”

The Beatles Perform at Shea Stadium


The 1st prime minister of an independent India, Jawaharial Nehru, addressed his people.


Post had landed the plane in a lagoon & then when he attempted to take off again experienced engine problems.


Both men died instantly in the crash.


Will Rogers, called the Oklahoma Cowboy, was an actor, comic, columnist & radio personality.


Mr. Rogers had once told his audience:


*Will Rogers once proclaimed: “I am not a member of an organized political party. I am a Democrat.”

Posted in Indian Independence, Will Rogers, Woodstock | Leave a comment