Archive for the category “News on Cuba Grows Worse”


After the Cuban government announced today that the invasion force which landed at the Bay of Pigs on April 17 has been defeated, President Kennedy addressed the American Society of Newspaper Editors.


JFK did not, however, disclose the role, if any, the United States government played in the failed invasion.


The President did say:


“On that unhappy island….the news grows worse instead of better.”


He reminded his audience that:


“this was a struggle of Cuban patriots against a Cuban dictator” & that “we made it clear that the armed forces of this country would not intervene in any way.”


JFK differed with Fidel Castro on the use of the word “mercenary” by giving the illustration that:


“when the rebel commander on the beach was given the opportunity to surrender,  he replied: ‘I will never leave this island.’ That is not the reply of a mercenary.”


Regarding communism in Cuba, JFK went on to say:


“(The) American people are not complacent about Iron Curtain tanks & planes less that 90 miles from their shore.” 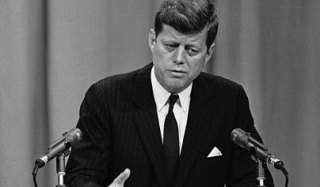 A Somber Moment for JFK


The US Air Force announced today that the test firing of a ballistic missile from a B-52 bomber had “mixed results”.


While the Skybolt missile was launched successfully, it failed to reach its intended target.


McKINLEY CALLS FOR WAR WITH SPAIN


President McKinley asked for a declaration of war today by the Congress of the United States against Spain.


The reluctant request by the President comes in the face of United States newspaper attacks on the Spanish government for treatment of the Cuban people as well as the explosion of the USS Maine in Havana harbor this past February which resulted in many American deaths.*


*While the cause of the explosion continues to be debated today, the “Spanish-American War” proved to be popular in the United States.


The war would make heroes of Admiral George Dewey & Theodore Roosevelt, who was to become McKinley’s Vice-Presidential running mate in 1900. 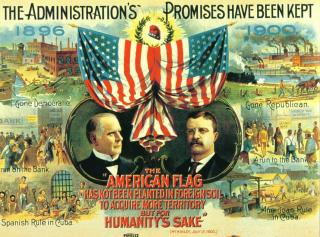 
After declining President Lincoln’s offer to command U.S. troops in the war against the Confederate States of America & after the secession of the state of Virginia, Colonel Robert E. Lee today resigned from the United States Army.


Although opposed to secession & slavery, Lee said that he was unable to “draw his sword” against his native state of Virginia.


*2 days later, Lee will be appointed commander of Confederate forces of Virginia with the rank of Major General. 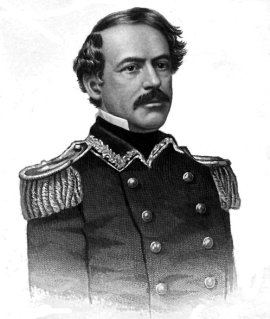 Posted in News on Cuba Grows Worse | Leave a comment