West Berlin, West Germany (JFK+50) The government of communist East Germany announced today that a wall is under construction designed to permanently divide the eastern & western parts of Berlin.


East German guards have been posted to stop anyone from crossing the border.


While the wall is under construction, barbed wire is being used to separate the two parts of the city.


*When completed, the Berlin Wall will stretch for 27 miles in Berlin & 97 miles along the 3 western sections of West Germany.


The act, which replaces a series of 8 hour work day laws dating back of 1892, establishes a 40 hour work week.


The ERTA includes a 25% reduction in individual marginal tax rates phased in over a 3 year period.*


*The ERTA combined with a 1986 tax cut reduced marginal tax rates on higher income taxpayers from 70 to 30%. 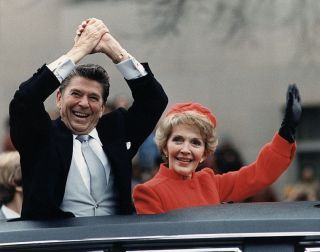 
“THE MICK” DIES OF CANCER AT BAYLOR


Mickey Mantle was inducted in the Baseball Hall of Fame in 1974. 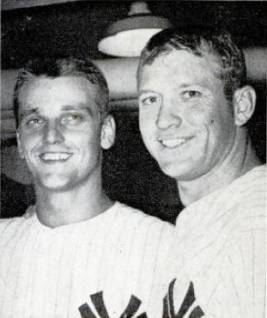 
Miss Thornton, a native of Montgomery, Alabama, made the 1st recording of the song written specifically for her by Jerry Lieber & Mike Stoller.*


*Elvis Presley’s version of “Hound Dog”, recorded in 1956, is based on a rewritten version by Freddie Bell & the Bellboys who Elvis saw perform in Las Vegas.


The raids were aimed at destroying British radar stations in preparations for an amphibious attack across the English Channel.


Of 1500 German aircraft that took place in today’s air attack, 45 were shot down.


The good news is that the Germans were only successful in destroying one radar station on the Isle of Wright.


Oriente Province, Cuba (JFK+50) Fidel Castro was born here today, the son of a Spanish immigrant who made a fortune building a rail system to transport sugar cane.*


*Castro’s forces took control in Cuba on January 1, 1959.  Under his direction, Cuba became the 1st communist nation in the western hemisphere.  He stayed in power until he stepped down in February 2008.