JFK SPEAKS TO THE NATION ON BERLIN


JFK SPEAKS TO THE NATION ON BERLIN


Washington, D.C. (JFK+50) President John F. Kennedy spoke to a national television audience this evening on the situation in Berlin.


In response to Soviet threats & the announcement  of an increase in the Soviet military budget, JFK said that he is proposing an additional 217,000 men be added to the US military rolls.


The President also will be asking Congress for $1.8 million to be appropriated for new weapons & military equipment.


In explaining to the American people why these proposals are necessary, JFK said:


“We cannot & will not permit the communists to drive us out of Berlin for the fulfillment of our pledge to that city is essential to the….security of Western Germany, to the unity of Western Europe & to the faith of the entire Free World.”


JFK concluded his speech by saying:


“In meeting my responsibilities….I need your….support &, above all, your prayers.” 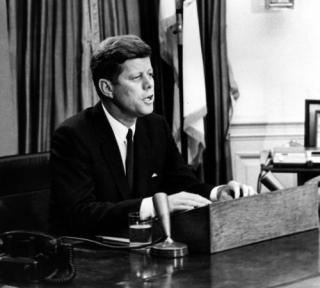 Presidential Address to the Nation
July 25, 1961


Joe Junior was delivered by Kennedy family doctor Frederick L. Good in a rented cottage on Atlantic Avenue in Nantasket.*


*Joe Jr. graduated from Harvard in 1938, studied at the London School of Economics, served as a delegate to the 1940 Democratic Convention & joined the US Navy in WWII.  Joe Jr. flew Liberator bombers based in England & was killed during a mission on August 12, 1944.


Mr. Truman characterized the atomic bomb as “the most terrible (weapon) in the history of the world.”


The information was passed along by the President only after Stalin had given his pledge to join the US in the war against Japan.*


Afterwards, Prime Minister Winston Churchill of Great Britain said to the President “How did it go”?


Note: Eyewitnesses to the conversation between Truman & Stalin commented later that Stalin showed little reaction to the news of the bomb.

*Most advisers believed it was necessary to inform the USSR of the development of the atomic bomb to prevent a post-war atmosphere of suspicion.


*This policy will be known as “Vietnamization” & the “Nixon Doctrine”. 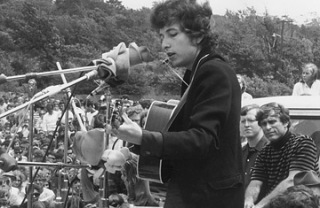